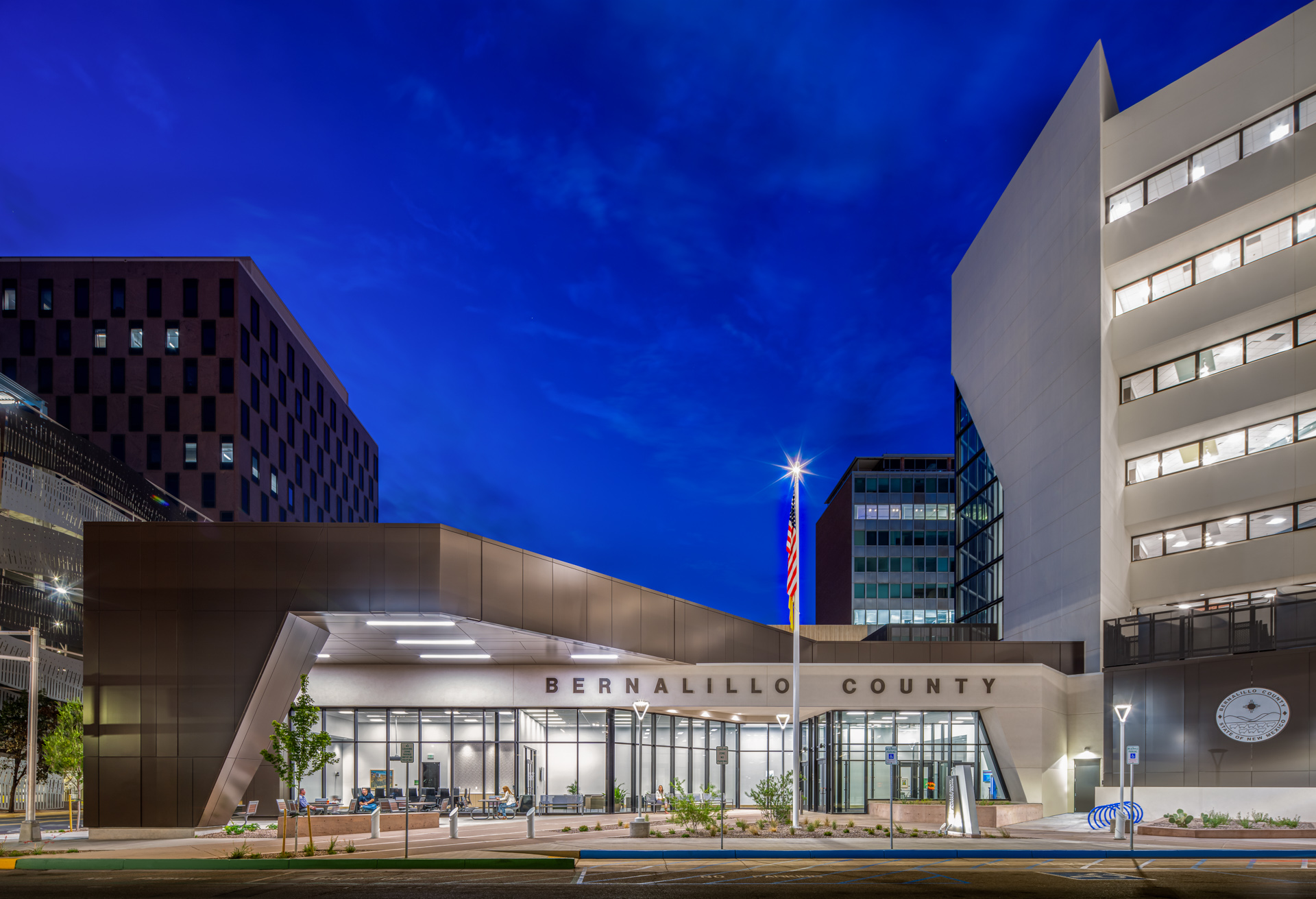 HB Construction has received accolades from the Design-Build Institute of America for its work on Bernco @ Alvarado Square, a multi-year project that transformed an abandoned property into the modern headquarters of New Mexico’s largest county. The project was nominated for a National Award of Excellence in the Renovation and/or Restoration category. It also received a nomination for the Best in Process award, a special signifier of commitment to excellence in Design-Build contracting, communication, and teamwork.

The award showcases the long-term commitment of the Design-Build team, including Bernalillo County, Dekker/Perich/Sabatini Architects, HB Construction, and an expansive team of local engineers and subcontractors. A final award ceremony will be held at the 2022 Design-Build Conference & Expo on November 3rd in Las Vegas, NV.

Bernalillo County @ Alvarado Square was a 282,000 sq ft, eight-floor (plus basement) tower renovation spanning two city blocks, for the purpose of consolidating Bernalillo County departments and staff into an efficient central location. A new 12,000-square-foot county commission chamber was built adjoining the tower, with comfortable seating for 200, high-performance acoustics in the chambers, robust technology throughout the facility, and expanded broadcast capability. The commission chambers addition was designed and constructed on a lot next to the existing mid-rise building to artfully create a striking new entrance to Bernalillo County @Alvarado Square.

Before the completion of Bernalillo County @ Alvarado Square project, Bernalillo County had buildings and departments spread throughout Albuquerque. To better serve the community and promote efficiencies, the county purchased Alvarado Square to house a majority of its departments in one place. Due to the age of the existing facility and the required upgrades to function as the new home, the building went through extensive renovation.

After its purchase by Bernalillo County and its renovation completed, the building, with a new vibrant county commissions chambers addition and a welcoming design, has transformed its downtown Albuquerque neighborhood.

Bernalillo County elected to use Design-Build for its most critical project to date, which was the first use of the contracting method in the county’s history. In order to forge strong relationships and a foundation for teamwork, our team engaged in a full-day Partnering Session. During this session, the team clarified project goals, expectations, roles, and a framework for communication. This was formalized in a Partnering Charter signed by all team members. The preparatory work done by all parties allowed a “best for project” mentality to flourish throughout the two-year project duration.

Design-Build allowed our complete team to provide the greatest possible value per the project budget. For example, the HVAC system within the 40-year-old tower did not meet modern efficiency needs. Using Design-Build cooperation, the integrated mechanical engineer/contractor team analyzed the 30-year life cycle costs of refurbishment vs. replacement. Understanding the complete picture around these options, the county elected to refurbish and upgrade the existing system, replacing moving parts like coils, fans, motors, and pumps.

Before the project, the abandoned facility was a crime and vandalism target spanning three city blocks. The building and its surroundings had a “ghost town” feel that contributed to the waning vitality of downtown Albuquerque. Today, the neighborhood is active and feels safer with eyes on the street through security at the building and the presence of the sheriff’s offices. The shops and restaurants are doing brisk business and the overall cleanliness of the area has improved with maintenance done on the building grounds.

Bernalillo County @ Alvarado Square is also transforming the way Bernalillo County staffers serve constituents, with faster and well-coordinated service that is now possible with new technology and the consolidation of offices that formerly were in buildings throughout the county.