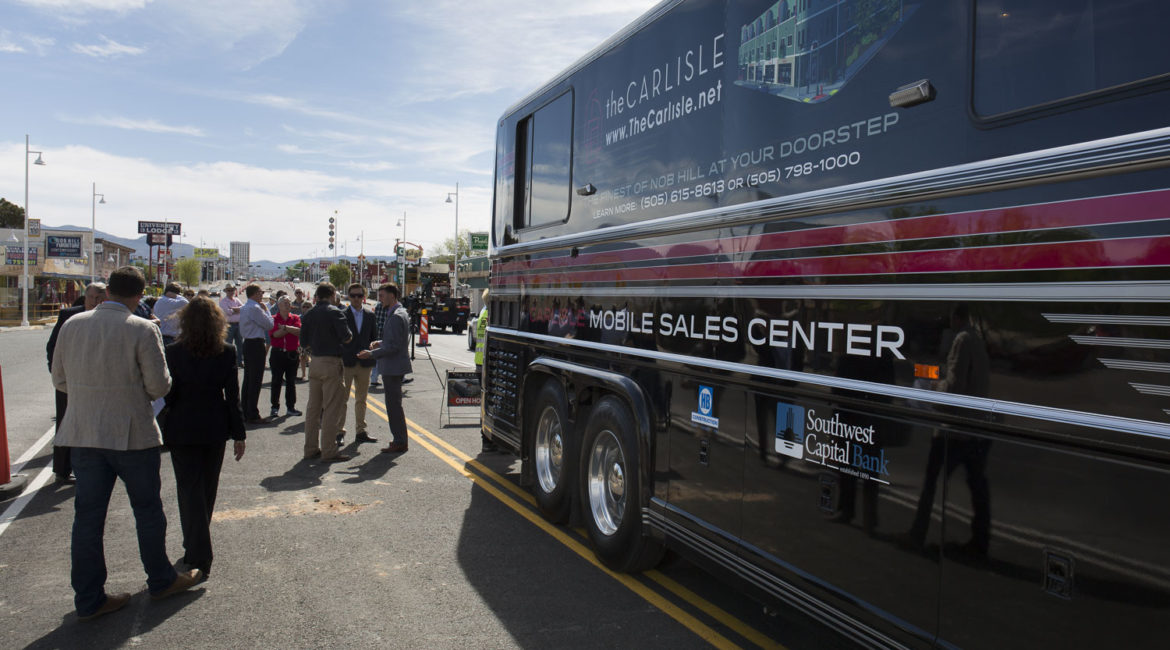 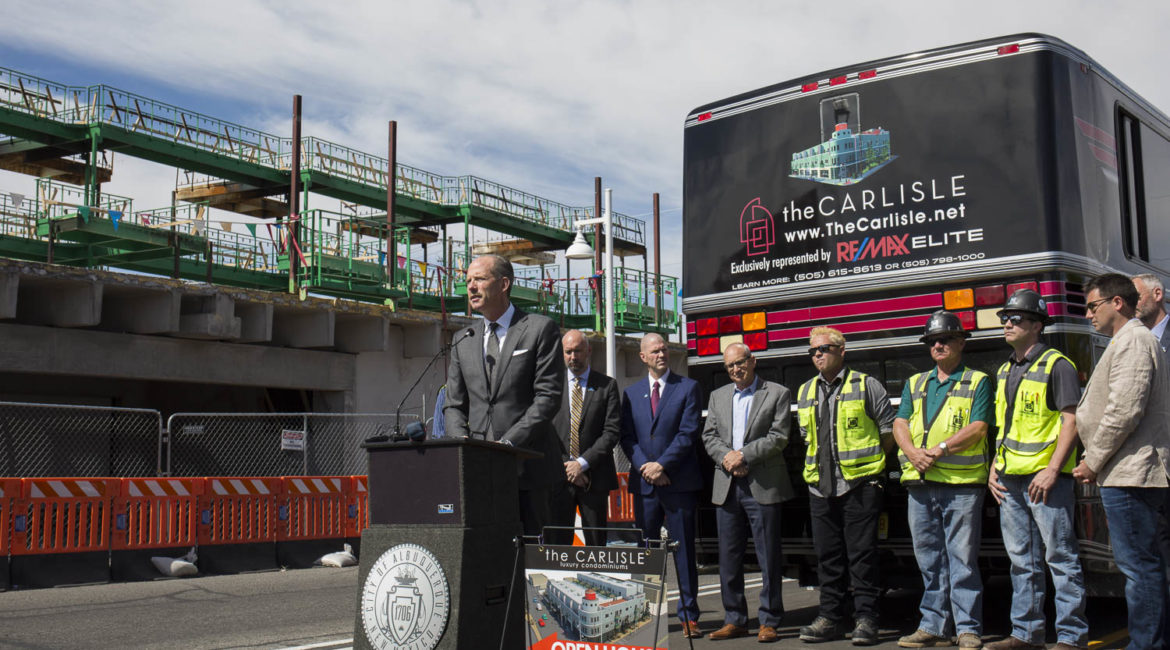 Five months after an arson-ignited fire destroyed much of The Carlisle Condominiums in Nob Hill, one thing is certain. The project isn’t finished.

“We are thrilled literally to rise again” said Kenny Hinkes, one of the project’s developers. “This represented nearly 3 ½ years of securing funding, planning, design, and construction. It took three hours to destroy it.”

The massive fire that destroyed all but the foundation of the 34-unit complex occurred just two months shy of completion. After a months-long investigation which included the Albuquerque Fire Department, Albuquerque Police Department, and the FBI, construction is finally set to resume.

Mayor Richard Berry spoke about the importance of the project to the community.

“This project isn’t finished. Don’t let anybody tell you that this is the end of the project,” said Mayor Berry. “We’re proud to have a local team and a local construction company rebuilding Nob Hill again.”

While the ground-level precast concrete parking garage was undamaged by the fire, crews spent months clearing the ash and rubble from the rest of the structure. The luxury condominiums are set to be complete by early 2018.

HB Construction CFO Adam Harrington reaffirmed the company’s commitment to The Carlisle and to the Nob Hill community.

“We talk a lot about commitment and community. It just made sense to partner with Kenny to help out the Nob Hill community” said Adam Harrington. “We’re going to finish what we started.”

For more information, visit The Carlisle or Center Street Realty.