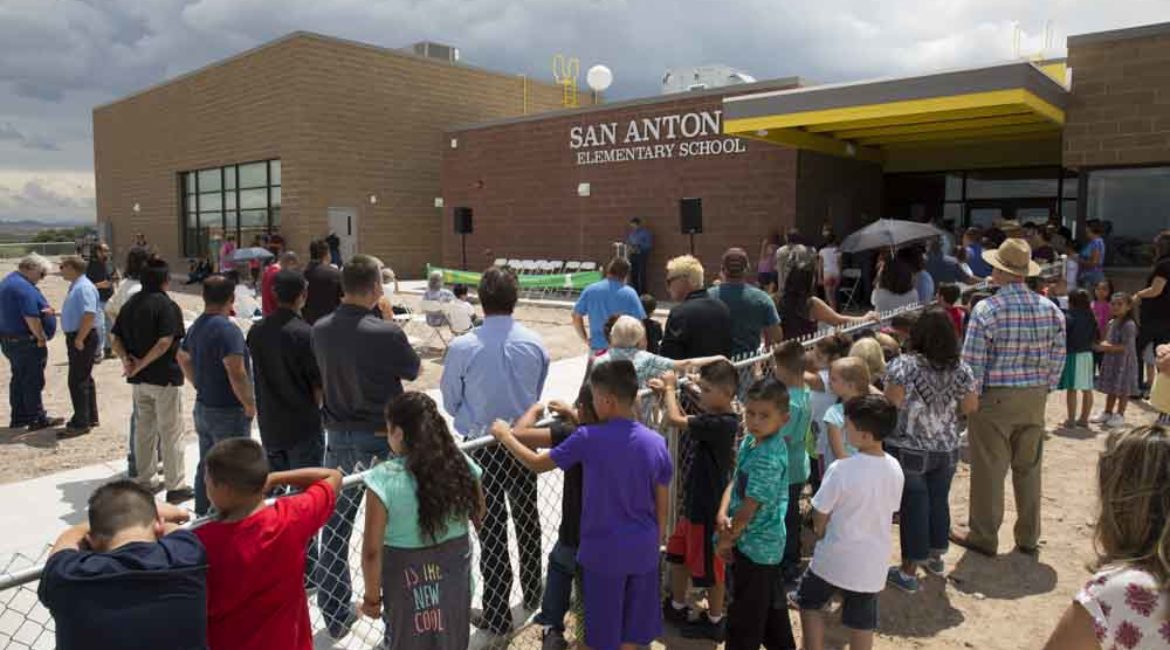 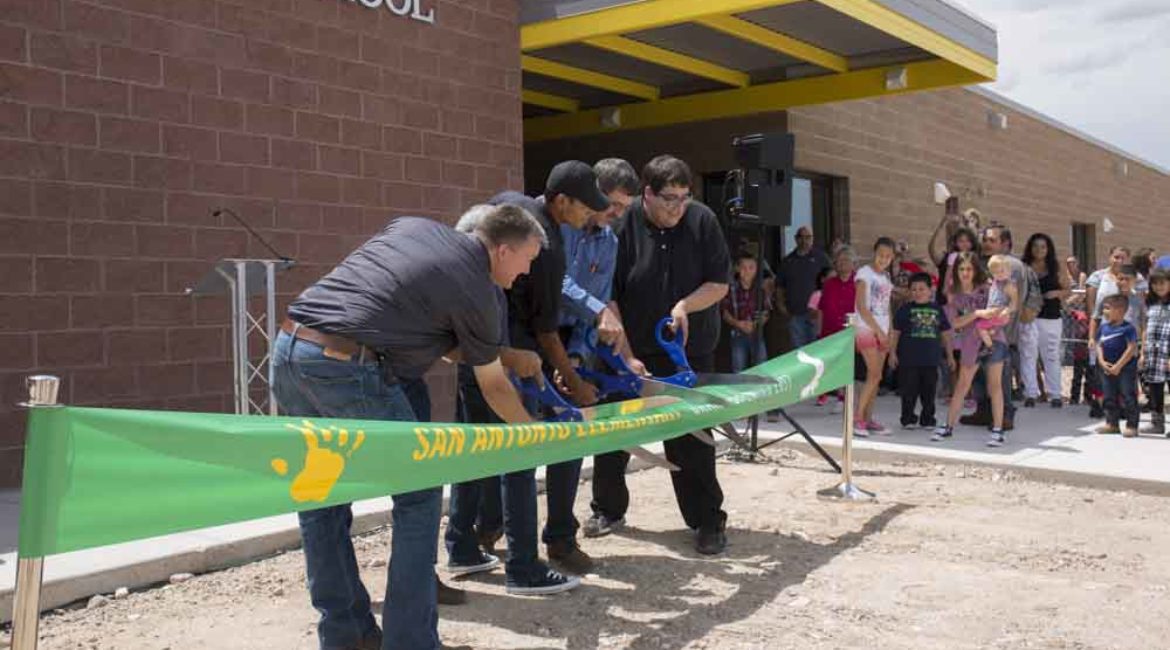 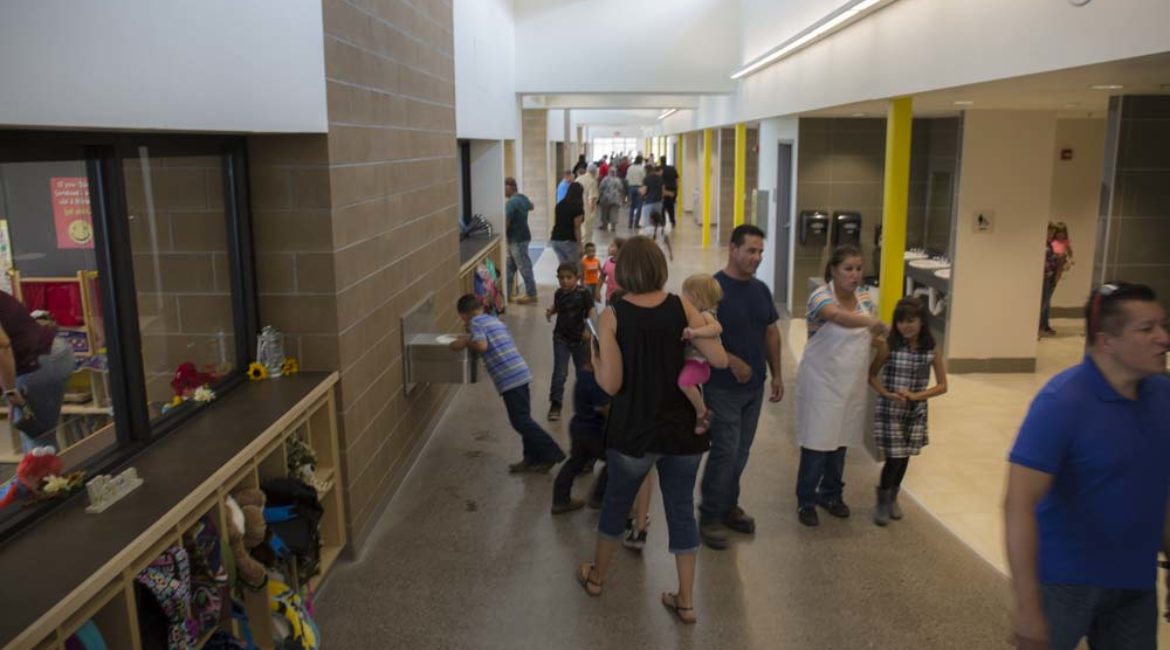 After years of planning and ten months of intensive construction, the new San Antonio Elementary School is officially operational. Students, staff, and community members gathered Friday to celebrate the new K-5 school during a ribbon cutting ceremony. While the new elementary will serve the needs of the tight-knit community for decades to come, its construction wasn’t always a sure thing.

“Along this journey, there were times when we thought, ‘this isn’t going to happen’” said school Principal JohnRay Dennis.

To say that the new San Antonio Elementary School is long-awaited would be an understatement. School officials spent nearly a decade seeking funding and available land, eventually negotiating with the Bureau of Land Management for the site adjacent to the existing school. Funding was secured from the State of New Mexico and Socorro Consolidated School District.

“The new building is warm, inviting, practical, cost-efficient, safe, and beautiful. I think we owe the individuals involved a round of applause, for they have done exactly what they set out to do,” said Mr. Dennis.

Designed by NCA Architects and built by HB Construction, the project was finished two months ahead of schedule. The early completion allowed students and staff to begin school in their new building, rather than having to make the move during the school year.

The new school features a streamlined floor plan, with six classrooms organized along a central corridor. Interior and exterior windows at each classroom bring in natural light and create clear sight lines through the building, from the main hallway to the playground. The facility is capped by a full-service kitchen and cafeteria at one end, and a flexible media room/library at the other. Other features include energy-efficient LED lighting and a modern security system.

The original school, built in 1928, has served the rural area south of Socorro for over 82 years, making it the oldest operating school in the state. The facility will be used as a community center and gymnasium.