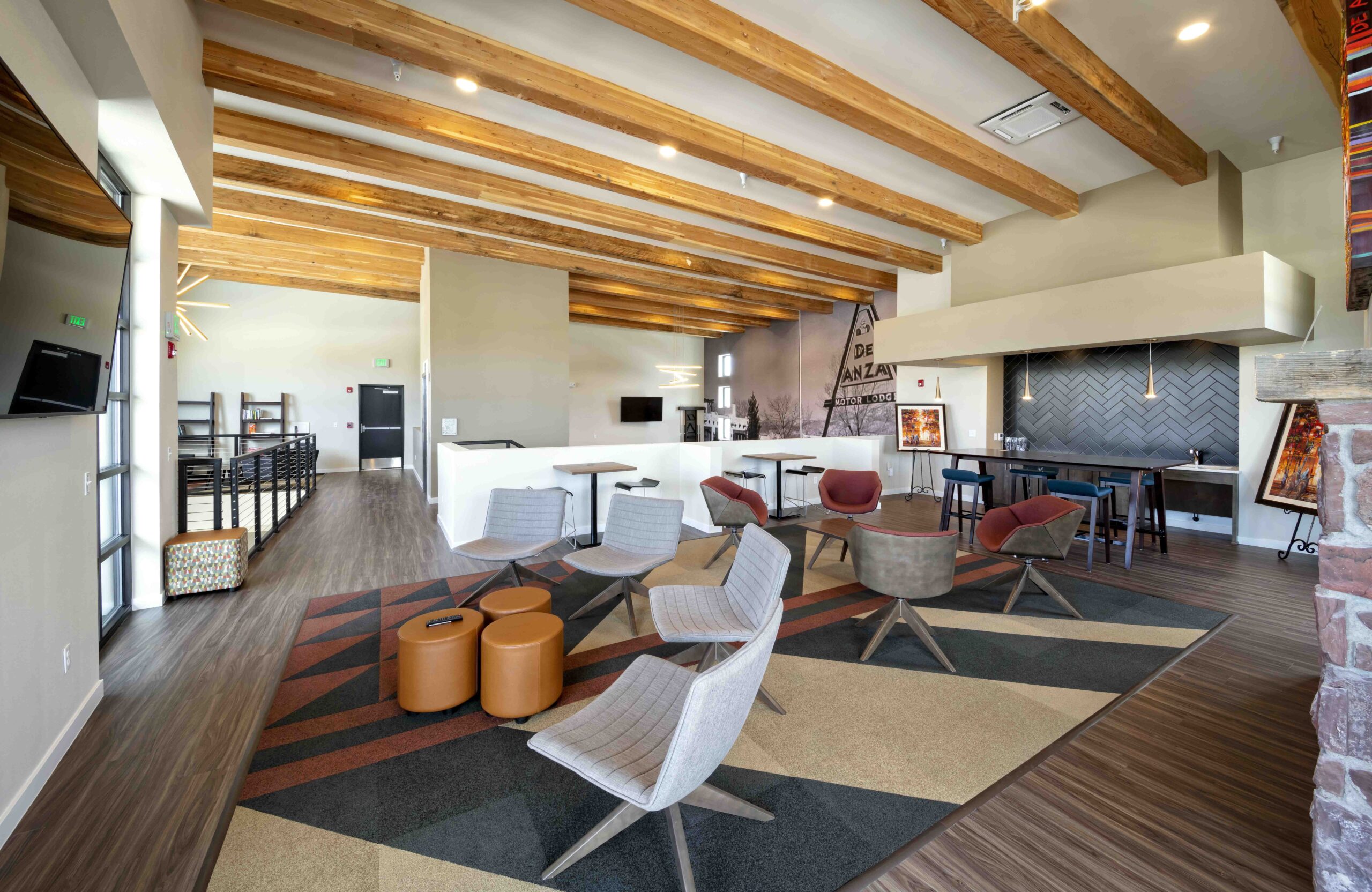 The project is notable for the integration of City of Albuquerque officials, local business leaders, community-minded developers, and Albuquerque A/E/C professionals. The Motor Lodge was long abandoned before the city purchased the property in 2003. It took three attempts to secure a development partner with the vision and capability to revitalize the property. The development team includes project partners HB Construction, TLC Plumbing & Utility, and the Hartman + Majewski Design Group. These partners used their strengths to contribute to the common vision of a landmark redevelopment.

Developer Jim Trump describes the facility as “an economic symbol of Nob Hill and the Zuni Pueblo.” Accordingly, historically significant items were either wholly salvaged or revitalized. Efforts to do so included:

The new building celebrates Zuni culture and tradition; in addition to tours given by Zuni representative Kenny Bowekaty at the ribbon-cutting ceremony, future tours will be organized to view the historic murals. The project team also incorporated reused Zuni stone that was hand-mined from the Zuni Pueblo and displayed in the original building. Situated around the mural are Spanish peach trees, based on the same types of trees the Zuni Pueblo would raise.

The project transformed a neglected, vacant lot that lingered as an eyesore for decades. The lot was representative of a stretch of Central Avenue that had fallen on hard times.

The new apartments anchor revitalization of the upper Nob Hill and Highland area, adding much-needed value and density along Central Avenue. Just as importantly, the project contributes to the rich cultural tradition of Albuquerque and specifically Nob Hill, a center for food and art. Residents enjoy a modern urban setting, with the ability to contribute to a tight-knit community of local residents, businesses, and schools, all within a short walk from De Anza. Other community contributions include: 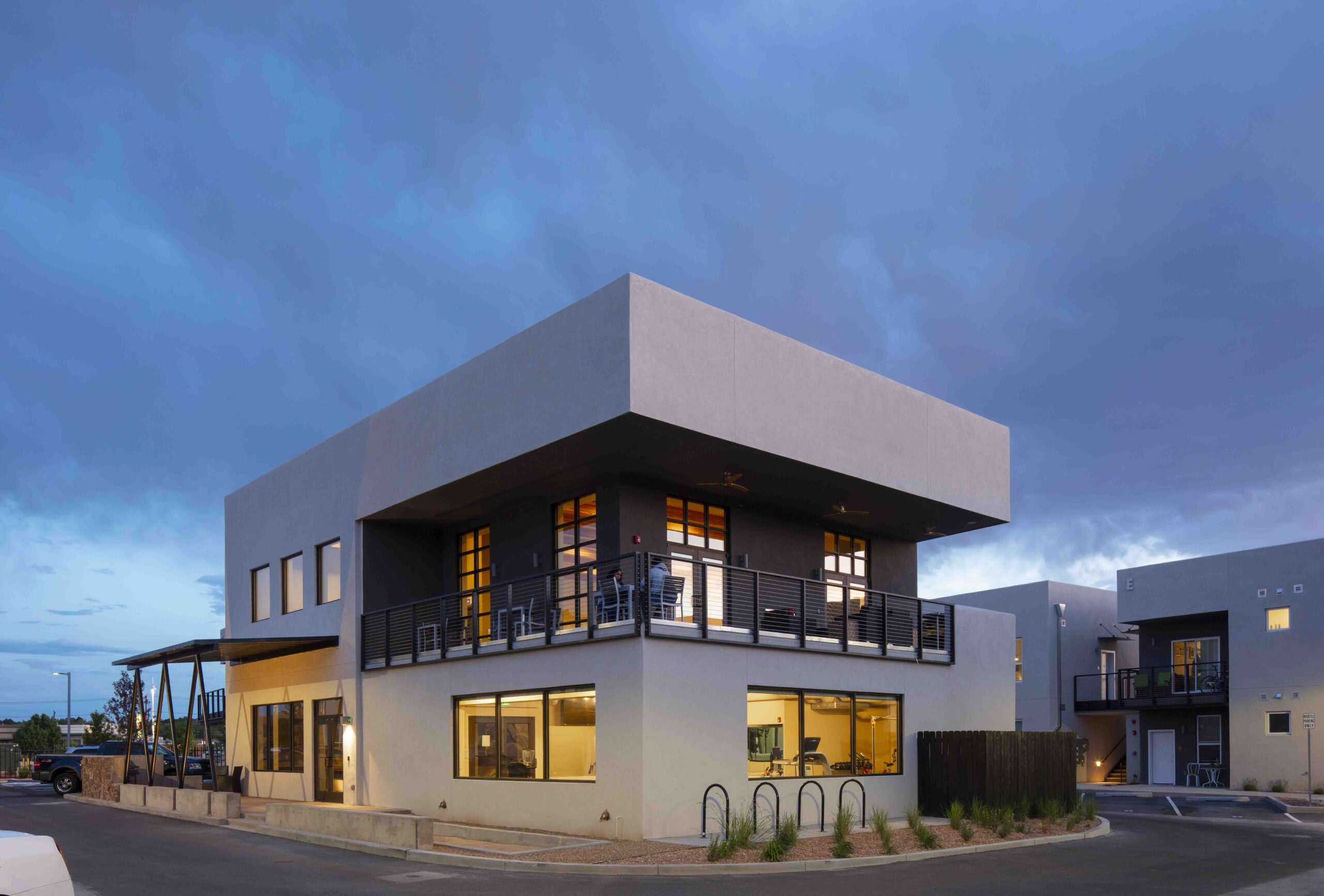 The most intensive craftsmanship took place in the renovation of Building A, which now serves as the apartment administration building. The construction team selectively demolished the interior walls and roof of the building, then rebuilt the structure using reinforced materials. The team also salvaged significant stone at the building exterior to create a landmark wall situated on the corner of Central and Washington.

The design of the De Anza Motor Lodge, by Hartman + Majewski Design Group, is a balance between the commemoration and revitalization. While the design maintained the motor court concept, the buildings changed from hotel rooms opening inward to the motor court into modern apartments opening outward to the surrounding neighborhood. The apartments are energy efficient, have high ceilings, large windows, and offer views of the Sandia Mountains, the surrounding city, and historic Route 66.

In addition, several historic commercial buildings were restored along the Central Avenue commercial edge, and new buildings replace the structures that could not be preserved. The massing, scale, color, tones, and textures of the project reflect the historic De Anza Motel.

The buildings are oriented to take advantage of mountain views. An amenity building was built in the center over an existing basement that houses historic Zuni murals that are preserved. This amenity building offers a fitness center, coffee bar, game room, bar area, outside grills, and multiple outdoor patio spaces. Historic stone from the original building that was installed by Zuni Masons was repurposed into accent site walls for the project, and the historic Route 66 neon sign was restored and relocated to a new plaza that celebrates this place and has become a favorite Instagram destination.