The Health Education Building 3 (HEB3) is the third phase and culmination of the Domenici Center for the University of New Mexico’s Health Sciences Center. Begun in 2001 on UNM’s north campus, the project has been completed over the course of 17 years and successfully concludes UNM’s vision of a true interdisciplinary medical education center for all their health sciences students.

This current phase includes teaching spaces formatted around active-learning curricula, including technology-rich SCALEUP classrooms. The teaching spaces are surrounded by student study and gathering areas of various types and sizes to accommodate groups and individuals. The theme of both the classrooms and gathering spaces is interactive, group-learning – maintaining the discussions begun in one to inform and expand the learning experience in the other.

In addition to teaching spaces, the new addition includes an interactive pharmacy lab, testing center, and labs for physical therapy and occupational therapy. The building’s form completes an internal courtyard and provides and upper deck for students shaded by a classroom cantilevered above. This deck also provides access to a bridge that connects to the first phase of the complex. All three phases of the facility are now a buzz of activity as students, faculty and visitors interact both inside and outside the building’s walls.

As the project progressed, the construction team continued to deal with a jobsite sandwiched between the active
Domenici Center, UNM North parking, UNM Law School, and nearby residences. The construction team used less
than 30,000 sq ft worth of laydown and staging space to build a three-story, 64,000 sq ft building. This tight jobsite
was overcome through the following strategies:

One of the most distinct features of the North Wing is its seamless tie-ins to the existing Domenici Center Campus, which began construction over a decade ago. The new building connects to the adjacent South Wing (Phase II) in two places, while also tying into the West Wing (Phase 1) through a second-story pedestrian bridge. The steel bridge is finished with precast concrete decking panels and translucent guardrail, providing a clean transition from the second story balcony to the existing West Wing. Other methods of meshing the campus included: 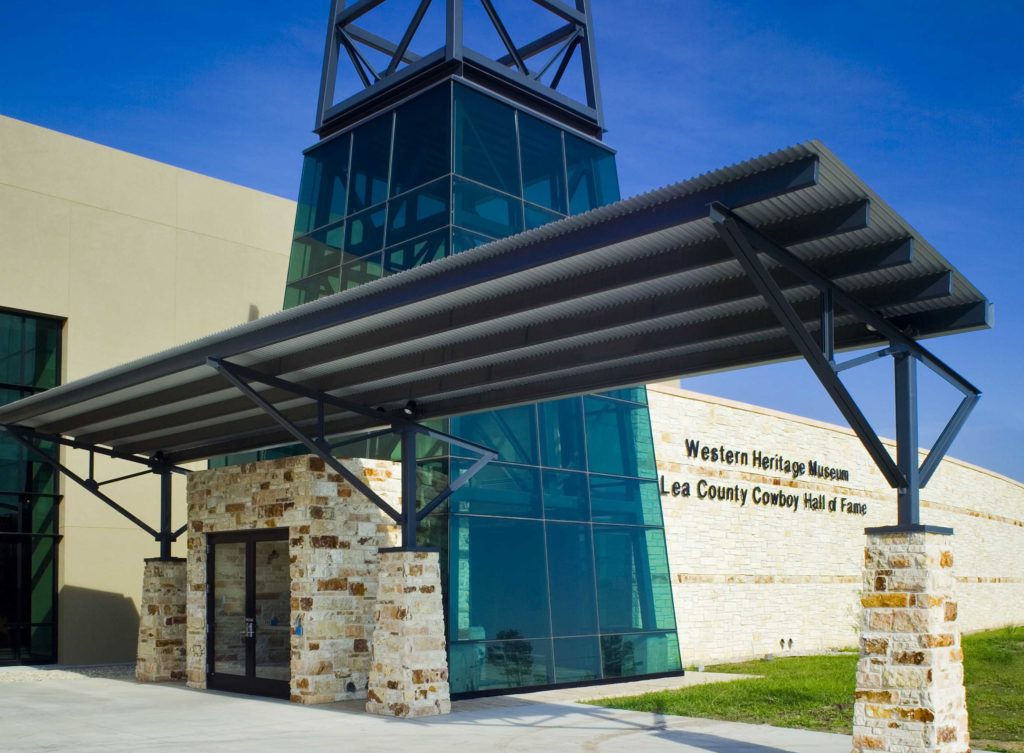 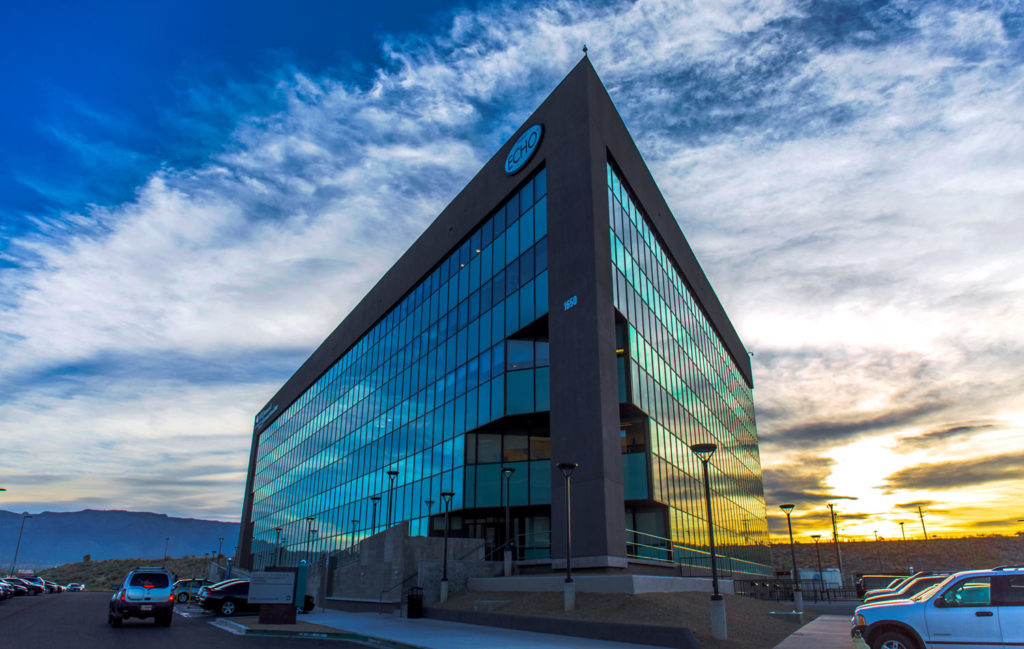 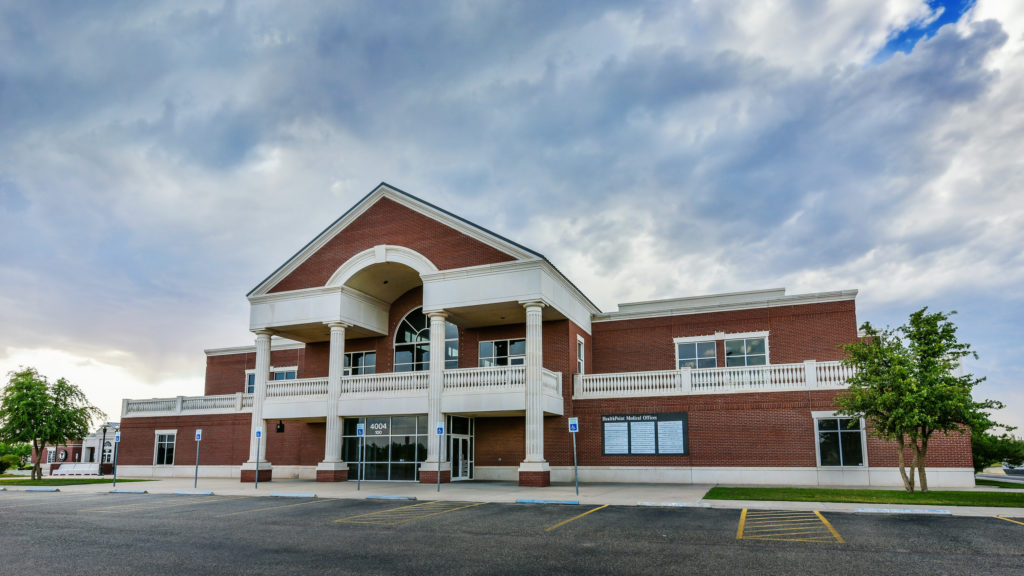 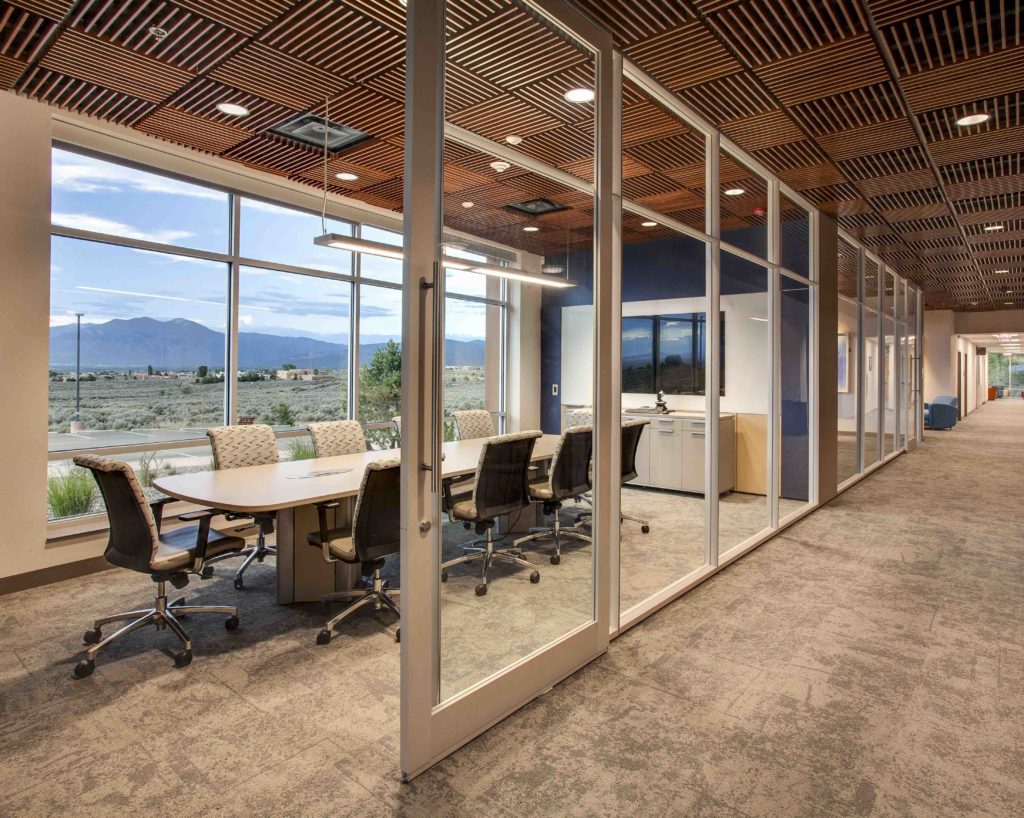 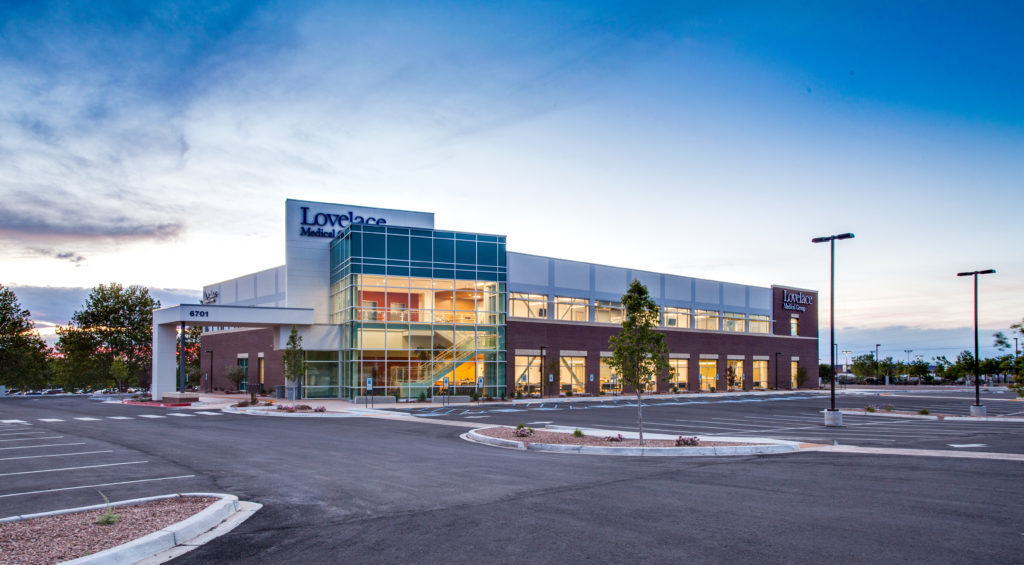